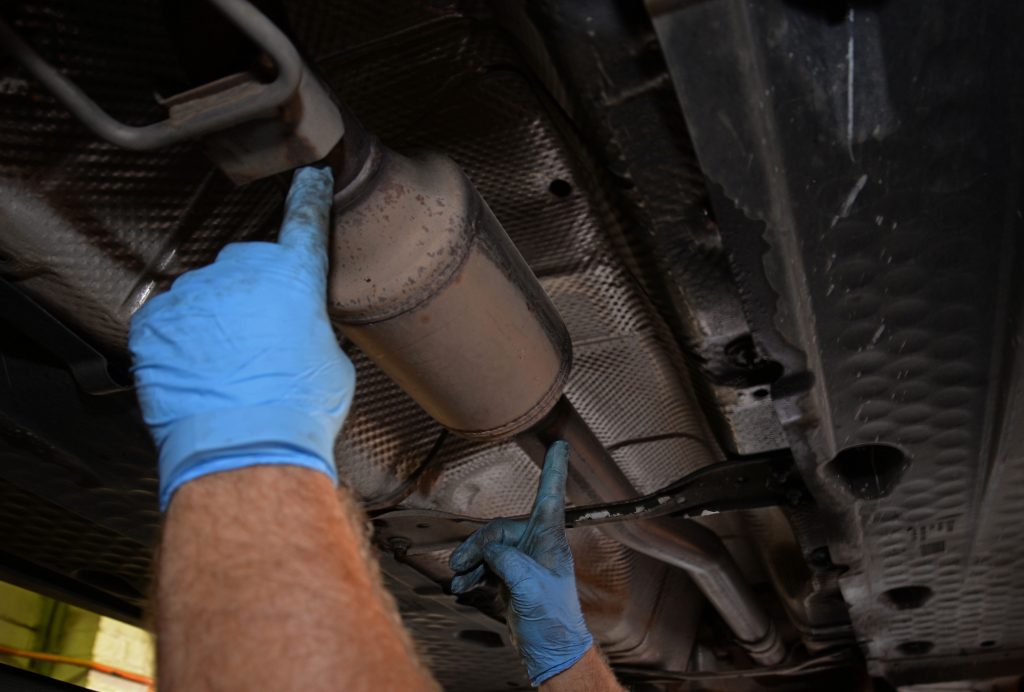 Opting to remove the catalytic converter from your car is a risky gamble. If your vehicle’s performance is increased, improper handling can cause the injection system to break down in the near future and make your vehicle outlawed due to excessive toxic gas emissions. In view of these dangers, some car models are forbidden to be converted.

What is the Catalyst Converter?

By a catalysis phenomenon when it reaches a temperature of about 400°C, it reduces the most toxic constituents of the exhaust gases, carbon monoxide, unburnt hydrocarbons, and nitrogen oxide.

Good to know: Exhaust catalysts have a service life of 100,000 to 150,000 km. Depending on their use, they gradually lose their original quality. On new generations of vehicles, it is very often installed directly on the engine to be able to heat up more quickly.

There are two types of exhaust catalyst depending on whether the vehicle is petrol or diesel:

The two-way catalytic converter is designed for diesel vehicles. When it reaches temperature, it causes two chemical reactions that convert carbon monoxide and unburned hydrocarbons into carbon dioxin and water.

The Usefulness of Catalyst Removal

While this essential element of pollution control is mandatory, some are tempted to remove the catalyst, since the advantages are as follows:

– The catalyst forces the gases emitted to pass through a small honeycomb-shaped duct. Thus, the released engine has more power.

– The noise is different, and for car enthusiasts, the melody becomes enchanting. It sounds like a beast!

– Fuel consumption is lower depending on the model.

Steps to Remove the Catalytic Converter

The following is a step-by-step procedure for removing your catalyst:

– As a first step, you must ensure that you park your vehicle in a safe location.

– Jack your car up, wait until the exhaust is cold, and wear safety glasses.

– Once you’ve established the proper precautions, locate the catalytic converter and use an anti-seize agent to make disassembly easier.

– You must remove the lambda sensor that resides inside. It is a key part: it regulates the quantity of fuel to be injected according to the emissions present in the exhaust system. Without it, you risk the failure of your injectors.

Note: custom-made tubes are customarily used instead of the catalytic converter. To do this, you need to place the manifold gasket and then insert the famous tube. Tighten the screws and replace the heat shields. Place the probe with a new collar.

What the Law Says about the Removal of the Catalyst

Good to know: in the event of technical inspection, the CO-CO2 rate must be less than or equal to 0.5, otherwise it will be refused. Furthermore, in the event of a check by the police, if you do not comply with the standards, a fine awaits you.

Please note: the anti-pollution test carried out during the roadworthiness test is reinforced on diesel-powered vehicles. During this test, the amount of particles emitted from the exhaust pipe is compared with the amount specified by the manufacturer. If the approval values are exceeded, the vehicle is subjected to a counter-check.

Do not take any risk!

While it is still possible and simple for individuals with expert hands to perform this manipulation, this practice is strongly discouraged. Indeed, it only takes one wrong manipulation for your car to no longer comply with the standards. It is better to entrust your car to a professional who will verify that the vehicle respects the limits of harmful gas emissions.

Cost of Removing the Catalytic Converter

On some models, it is still possible to opt for catalyst removal provided that the catalyst is replaced by a pollution control system. To do this, you can go to a professional who will change the parts and, if necessary, reprogram the injection system. The sum for such an operation is between $300 and $600; it will depend on the new part fitted.

Hope this post helps you decide what to do with your catalytic converter. Remember: it is not worth taking the risk!

9 thoughts on “Why Will You Remove the Catalyst Converter?”