– What is the catalytic converter

– Step 2: Perform a long term trial of the additive

– Step 3: Evaluate the effect of the treatment

The catalytic converter is an expensive organ to replace. Another economical solution, costing a few dozen dollars, consists of cleaning the pot with a cleaning additive in the active engine for several hundred kilometres. This is a relatively simple operation that is within everyone’s reach.

Good to know: This solution’s effectiveness is uncertain, but its cost makes it worth trying the experiment.

What is the catalytic converter?

Role of the catalytic converter

The catalytic converter is a transformer of polluting flue gases into less harmful gases by chemical reaction.

Good to know: it is sometimes confused with another anti-pollution device, the particle filter (FAP). The latter’s role is to store soot and unburnt soot and regenerate it regularly to burn by increasing the temperature, these deposits.

The catalytic converter appeared in France with the Euro I anti-pollution standard in 1993. It is obligatorily associated with electronic injection and the presence of an oxygen probe.

It was previously fitted, notably in Germany, with carburettors controlled by electronic assistance.

Composition of the pot 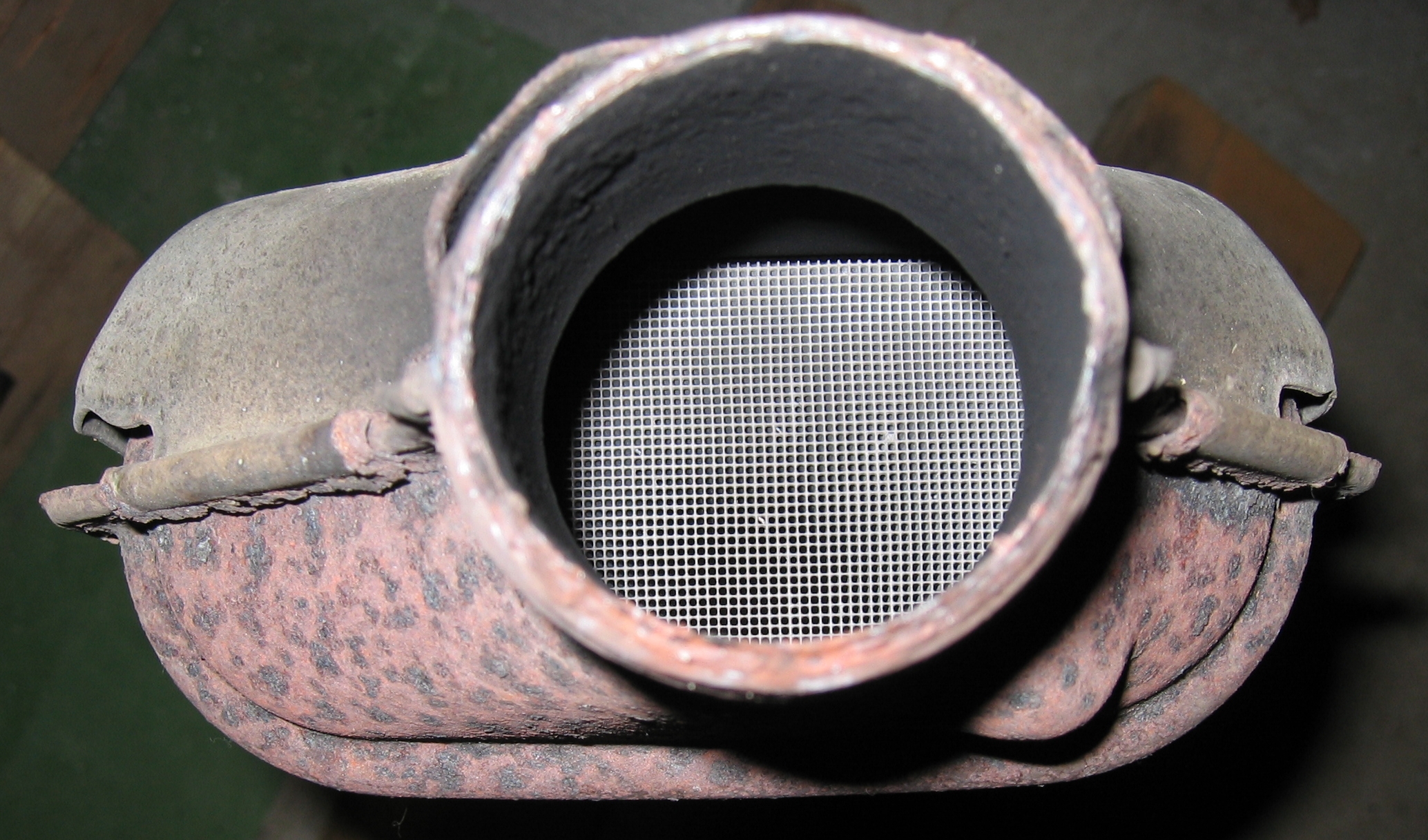 It consists of an internal honeycomb structure, which provides a large contact surface with the flue gases for their treatment.

Rare metals (palladium, rhodium, radium, etc.) cover this structure and participate in the chemical reaction necessary to transform the gases.

The pot needs a temperature of around 400°C to convert the flue gases, including pollutants, by chemical reaction.

Good to know: the pollutants that make up the flue gas include nitrogen oxides (NOx), carbon monoxide (CO) and hydrocarbons (HC).

The majority of catalysts are single bed, i.e. 3-way catalysts. This indicates that 3 chemical transformations take place simultaneously in a single crankcase.

– NOx is reduced, resulting in nitrogen (N2) and oxygen (O2) being released.

The oxygen probe, an essential element in the operation of the catalytic converter

For the proper functioning of the catalytic converter in gasoline combustion, the oxygen sensor (also called a lambda sensor) has a significant role in the decontamination of combustion gases:

– It analyzes the oxygen content of the exhaust gases;

– It analyzes the oxygen content of the exhaust gases; this allows the combustion to be adjusted in almost real-time;

Clogging of the catalytic converter

– The engine is enriched with fuel during cold operation, the oxygen sensor and the catalytic converter are out of order;

– during acceleration phases, where a high level of fuel enrichment is also required. It is said that the oxygen sensor is unclogged, thus saturating the catalytic converter;

– in the event of a malfunction of the lambda sensor, the catalytic converter is ineffective and saturated.

Important: under normal operating conditions, the service life of a catalytic converter is limited to approximately 100,000 km, but it is much shorter under unfavourable conditions. 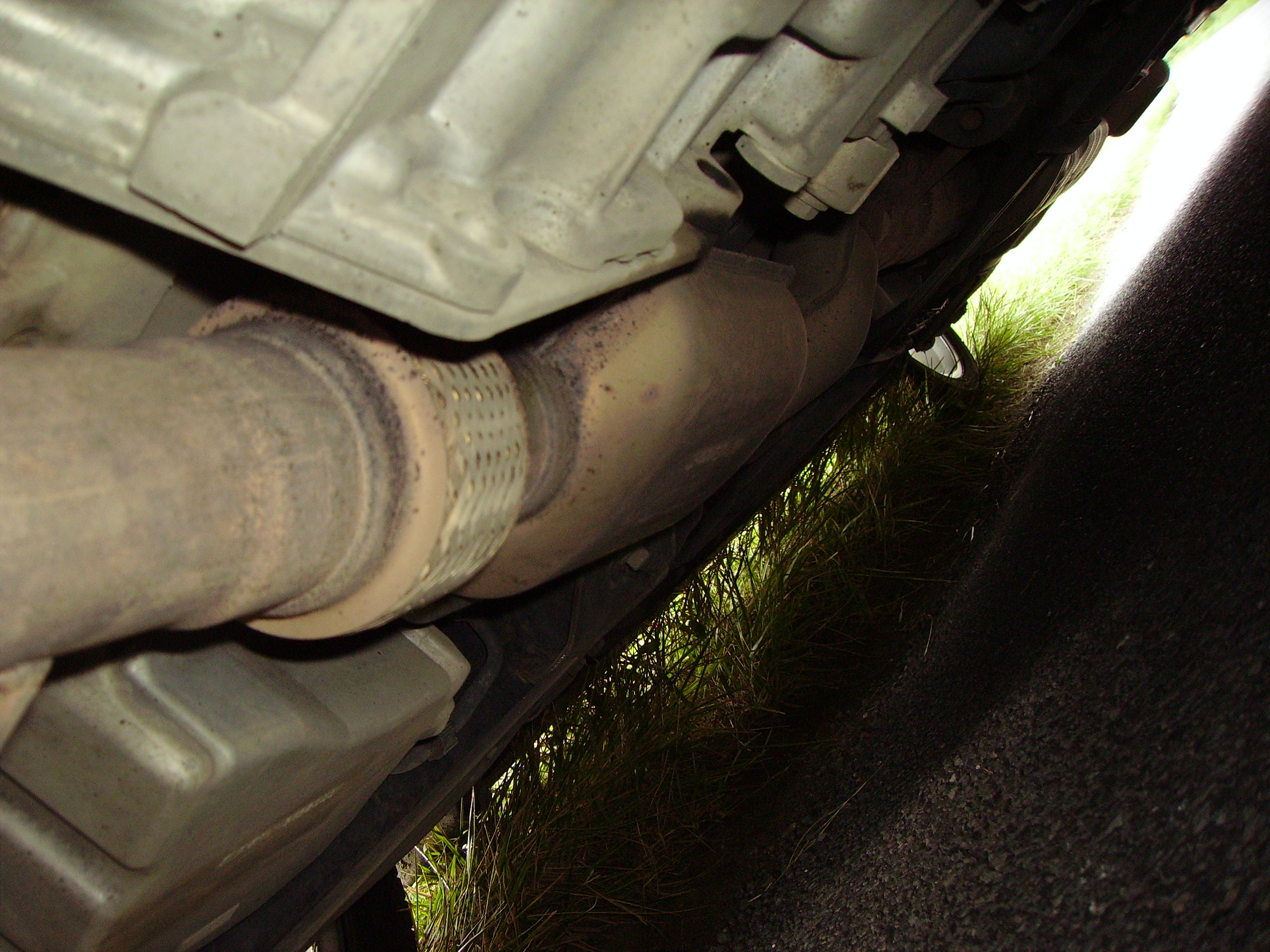 Two types of failure are to be distinguished according to the symptoms identified.

– The ceramic, or honeycomb, is destroyed.

◦ Pieces break off and detach themselves from the assembly, generating a metallic noise at the exhaust.

◦ This can also clog the pot and lead to a loss of power.

◦ The catalytic converter must be replaced.

– The catalytic converter is clogged.

◦ It no longer fulfills its function. A control sensor indicates a warning to the instrument cluster with the diagnostic light coming on in modern vehicles.

◦ The engine suffers a power loss or goes into degraded mode.

Good to know: some brands are more or less effective. Get advice from a salesperson to choose your product.

– Fill your vehicle’s tank to at least half its capacity.

– Fill it with the correct amount of cleaner.

– If possible, have the exhaust emissions checked in a workshop before the long-term test drive. A saturated catalytic converter produces:

Good to know: this check, which costs on average €30, allows the effect of the cleaning to be seen afterwards.

2. Perform a long-term test of the additive

The aim is to bring the catalytic converter to optimum operating conditions.

– Ideally, drive on a highway, keeping the engine running at a steady speed for at least 1 hour.

Good to know: This allows high operating temperatures to be reached.

– Drive at high rpm: to limit vehicle speed, shift into a lower gear.

3. Evaluate the effect of the treatment

– After the long-term test, identify some changes in operation:

◦ the vehicle has regained more power and flexibility;

◦ the colour of the exhaust is light brown, without soot;

◦ the car does not emit black smoke.

– If the results are not satisfactory, as a last resort, before replacing the catalyst, have a professional accelerated cleaning carried out by a pyrolysis or hydrogen treatment plant.

Good to know: Professional cleaning costs $50 to $80, with a non-guaranteed result. If you decide to change your catalytic converter, the price range is $150 to $800, depending on the model.