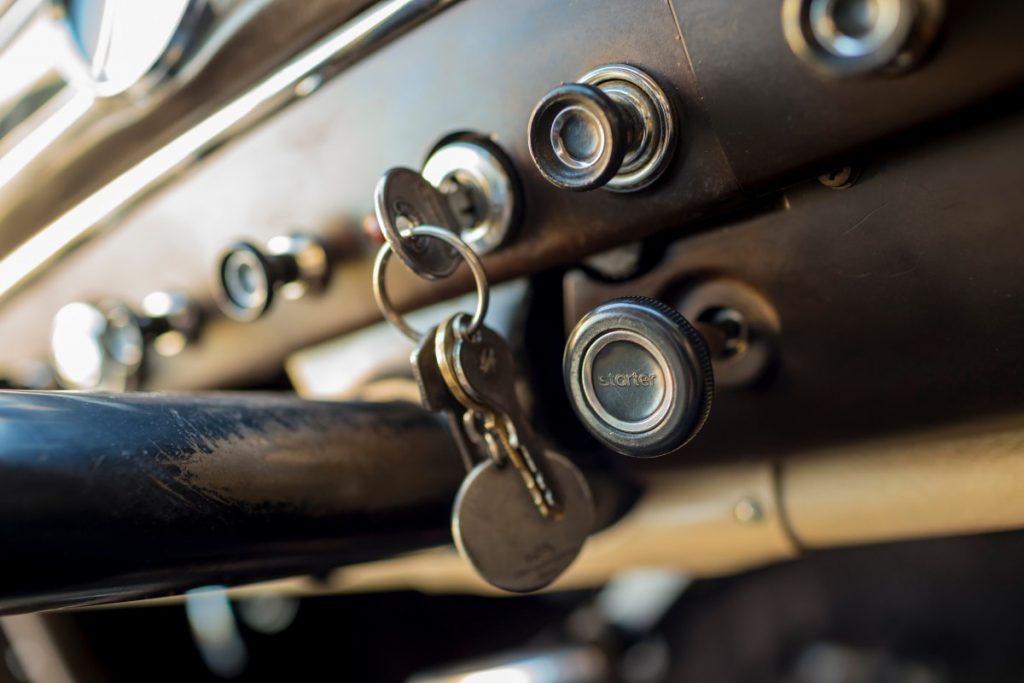 – Starter: what about its maintenance?

The starter allows the magic ignition key or the engine’s card and remote control to start. Think that cranking was the predominant method of starting the engine in the early days of the automobile. Not so simple…

What exactly is a starter, and how does it work? Get the answers below in this post.

The function of the starter

Its role is to allow the engine to start; it is an auxiliary electric motor that drives the engine at a rotation speed of 800 rpm, allowing the fresh gases to be compressed sufficiently to cause combustion cylinders.

The electric motor of the starter

This is the central part of the starter, powered by a large-section cable directly from the battery (starter power consumption is 300 to 600 amps for a passenger car and small utility vehicle).

It is composed of:

– a metal frame supporting the inductors;

– an armature composed of windings and a commutator on which the brushes rub;

– a front bearing (nose) and a rear bearing (receiving the brushes) guiding the armature in rotation.

The launcher is the mechanical system allowing the flywheel process. It slides on the armature shaft in the front bearing and is in the form of:

– a freewheel assembly (working like one of the rear sprockets of the bicycle) – gear pinion;

– a fork pushing this assembly in translation and rotation towards the flywheel rim.

What is a solenoid? 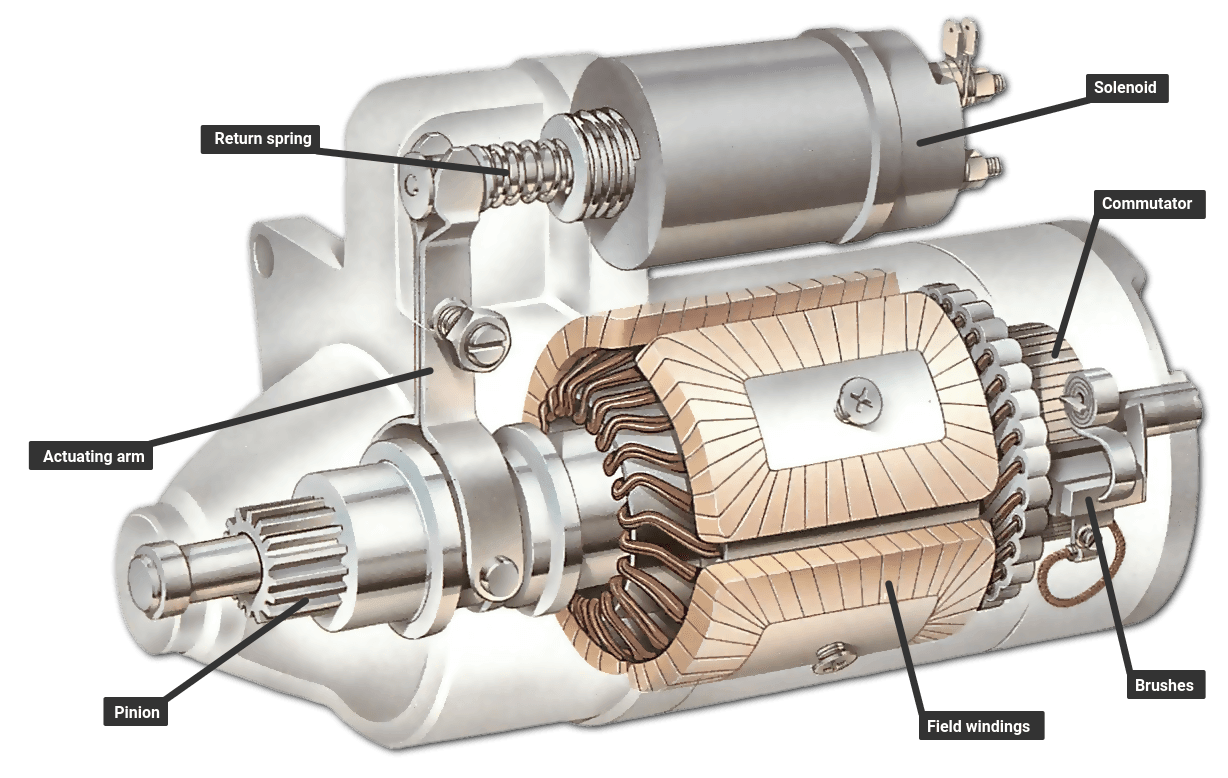 The solenoid is a relay whose control circuit is powered by the ignition key; it is composed of:

– a double winding with a core, allowing the pinion to be brought, using a fork, into contact with the starter ring gear (1° phase);

– a connection at the end of the stroke of the core connects the battery circuit to the inductors, then to the positive brush(es), to the armature windings, and finally to the negative brush(es) (2nd phase).

Good to know: There are now starters available with an epicyclic gear assembly, which reduces size and power consumption while increasing the starter’s output torque.

– No starter action with a snap at the control: the starter is involved (brushes – commutator…).

– No starter action: the solenoid is defective, or the control line is not powered.

– Starter runs in a vacuum: the noise of coffee grinder or scrap metal: the starter is involved, the pinion slips on the crown (destruction of the teeth).

– The vehicle starts with a persistent metallic noise for several seconds: the starter pinion probably remains in gear. The longer the meshing time, the greater the risk of damage to the starter.

Starter: What about its maintenance?

The easiest solution is to replace the starter. There are standard exchange starters between $100 and $200.

The other solution is to recondition the starter; it is the most economical solution for minor breakdowns (brushes – clogging). Complete repair kits are available from $30 to $50.

This technique consists of:

– check the continuity and electrical insulation, the resistance of the coils;

– replace brushes and rings (most of the time requires mastering tin welding);

– clean and lubricate the planetary gear if it exists;

– reassemble and perform a few tests: How to Test a Car Starter

Warning: Do not attempt a DIY repair if you are unsure; good electrical and technological knowledge of the starter is essential here.

Finally, the other solution is to entrust this work to an automotive electrical workshop: increasingly rare, however. They are specialists in reconditioning, and often the cost of repair is much lower than that of a conventional garage (from -20 to -30%).

2 thoughts on “What Are the Symptoms of a Bad Starter”