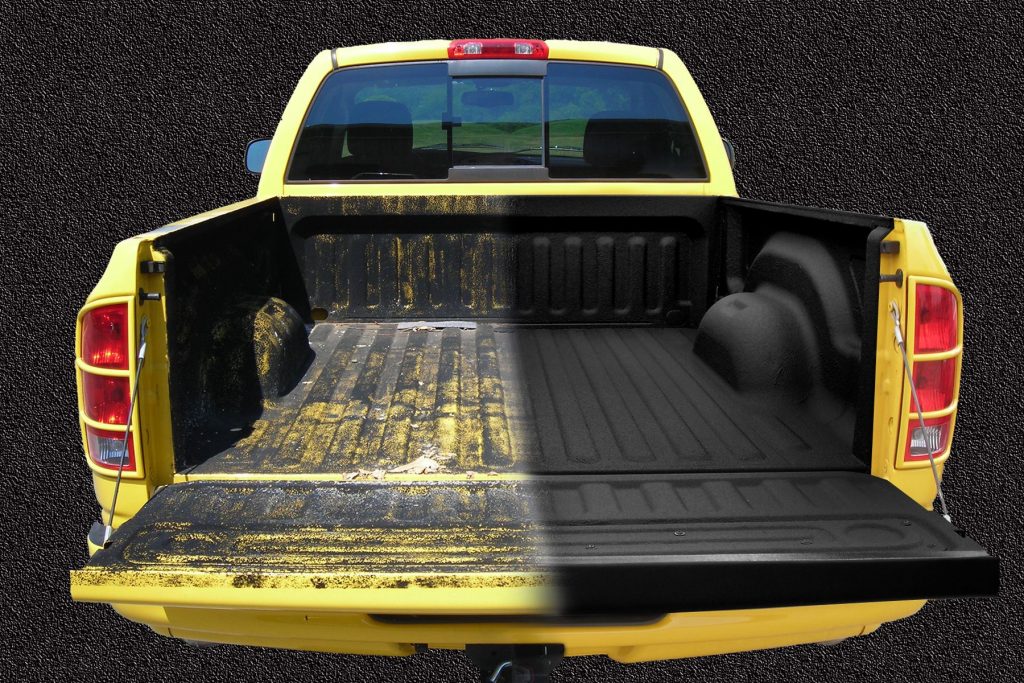 Work trucks routinely take on tough jobs day in and day out. That’s what they’re supposed to do and why they’re built. But the jobs those trucks perform and the harsh conditions they’re often subjected to can eventually shorten a truck’s lifespan. Given their significant financial investment, savvy truck owners continually look for ways to maximize the life expectancy and productivity of their vehicles.

Following a preventive maintenance schedule and repairing or replacing damaged or worn parts at the first sign of trouble are obvious ways to extend a truck’s life. These steps help minimize the chances of greater problems down the road. But wise truck owners know that precautionary steps call for more than routine oil changes; they know that making use of protective coatings can further safeguard their investment and prolong a truck’s working years.

Truck bodies and undercarriages are continuously subject to harsh encounters with the real world, attacked by highway debris, chemicals and salts on icy roadways, dirt and dust, and dings. If these problems aren’t addressed, the chips, scratches, and accumulated dirt and water damage compromise the integrity of a truck’s components and lead to corrosion and overall deterioration. Fortunately, there are ways to mitigate the literal impacts of the working world.

Some of today’s premium coatings, like Line-X, are based on advanced aliphatic polyurea technology that provides a stepped-up level of protection over previous formulas. Regarded as the ultimate in protective coatings, Aliphatic polyurea coating are sprayed on and gives a truck body and chassis exceptional resistance to the perils of corrosive elements. Coatings of this type offer ideal protection for a truck’s exterior high-use work areas such as running boards, steps, truck beds, and storage cabinets. 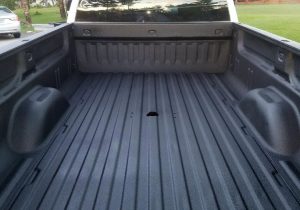 In addition to metal protection, an aliphatic polyurea layer adds security and safety since it dries as a nonskid surface that keeps cargo in place and reduces the chance of someone slipping and falling. Similar to spray-on bed liners, the coating dries in minutes after application, provides super hard impact and crack resistance, and can last up to 10 years. A coating of this type can be tinted to match a company’s color scheme. Although primarily applied at the assembly stage, aliphatic polyurea coatings can be sprayed onto vehicles already in use.

Protection doesn’t stop with the body. Shielding the undercarriage is also critical. For that, a heavy-duty, water-based layer can be highly effective. These coatings can be sprayed, rolled, or brushed under wheel wells and adjacent areas at the time of assembly or after the truck is in service. A heavy coating guards against the constant threat of damage that road debris poses. It’s those chips and scrapes that can expose undercarriage metal to corrosion and rust and lead to weakened parts and deterioration.

Once rust starts, it can’t be eliminated without replacing the parts it has affected, and that can be costly and take a truck off the road for repairs. To keep rust in check, a corrosion-resistant coating is effective.

These kinds of compounds are intended for use in a broad range of body-building and manufacturing applications in which dissimilar metals may come in contact with each other. Wherever dissimilar metals meet—around welds, seams, hinges, and fasteners, etc—there is usually a build-up of corrosion. ECK is based on electrolysis corrosion control to serve as a barrier to galvanic corrosion between the two metals. It prevents all types of corrosion including those resulting from magnesium-chloride and calcium-chloride residue on roadways. Such compounds are generally safe for painted and unpainted surfaces, can withstand temperatures to 1,000 degrees Fahrenheit, and allow use with rubber and plastic.

The coating replaces anti-seize, dielectric-grease, and Mylar tape products. It contains no silicone and is petroleum-based, so it will not dry or wash off. When protected from rust, bolts and fasteners aren’t compromised and function properly.

All the noted coatings are designed to protect the truck. Going beyond that is a coating designed to make life a little easier for the driver. A sound-deadening coating can make a big difference in truck cab comfort. Specialist products can be sprayed on a truck cab’s floor and interior surfaces to reduce road and wind noise and sound vibrations. While the coating won’t prevent corrosion, it will make the driver’s work life a little easier.

The cost of protective coatings varies depending on the product selected and the quantity required. However, whatever the cost, the coatings are a lot less costly than replacing a truck.