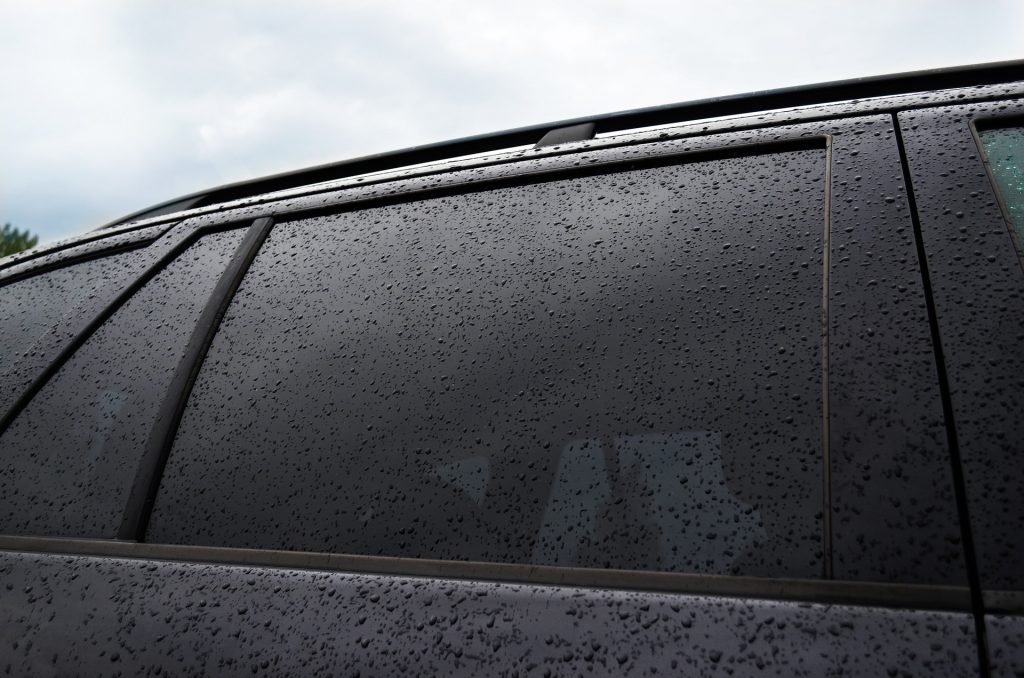 If you are planning on enhancing the appearance of your car and are considering tinted windows, you would be right. Getting car windows tinted is one of the most common types of upgrades gearheads get for their prized possession – and with good reason too.

Although tinted glass windows can lower interior temperatures and are aesthetically pleasing, they also come with their own set of drawbacks. To help you make the right decision we’ll list both the pros and cons of getting tinted windows. This will help you make an accurate and effective decision on whether it’s a plus or not such a plus for vehicles. If you still choose to have them installed (which we completely understand), consider seeing a respected aftermarket window tinting company.

Advantages of Getting Tinted Glass for Car Windows:

One of the most understated benefits of tinting car windows is safety. Window tint films can increase this feature by acting as a protective barrier for side and rear windows. Made of tempered glass, these windows can break into thousands of pieces in the event of an accident. What the film does is that it holds most of these pieces together and reduces the risk of more injuries to the passengers in the car.

Unsurprisingly, tinted windows significantly improve the appearance of the whole car. Which explains why most advertisements about cars feature vehicles that have tinted windows. From high-end luxury cars to modified cars, and everything in between, you can count on this upgrade to give your car that oomph factor you are looking for and give it an upscale look. You can choose from dark, light and subtle shades for the film.

While the aesthetic benefit of tinting window cars is quite obvious, most people are unaware of the other benefit: security. And yes, there’s a reason why this doesn’t fall in the same category as ‘safety’. Tinting your windows helps protect whatever valuable items you may have left in your car from potential thieves’ roving eyes. Thieves wouldn’t take huge risks by breaking into a car that holds nothing of value. The less they see, the less likely would it be for them to break in.

You probably already know this one. Tinting your windows can improve visibility as even the lightest shade of tint can substantially reduce the glare from direct sunlight. It can even mitigate the entry of light that is reflected off buildings, wet roads, the screen of a mobile phone or other vehicles. The less you squint while driving, the safer will your commute be.

Less heat exposure means lesser chances of turning the inside of your car into an uncomfortable sauna. It is even more aggravating in summer! Imagine getting into your car after work, or after having done some shopping. If that car has been sitting in the sun for even half an hour, you know you’ll have to suffer through stifling heat until the AC kicks in or until you drive with all your windows down. As if you are not already sweaty enough!

That layer of tint will prevent a considerable amount of UVs light from entering the car, keeping the inside of your car cooler and reducing the fading of the upholstery and the dashboard. Since the car will be cooler, it can also help reduce the load on the air conditioner, hence, increasing its longevity and decreasing fuel consumption.

6. For the sake of your health and that of people who travel with you

Blocking UV light will not only protect the inside of your car but will also help protect the health of everyone who travels in your car on a regular basis. Ultraviolet light can damage fabric and plastic to the point that they crack or become brittle. Now, imagine the amount of harm it does to human skin! Experts believe that overexposure can lead to accelerated aging, cataracts, and even skin cancer. It is believed that window tints can block up to 99% of UVA and UVB rays. A pretty solid reason to tint those windows I would say…

Just like with anything in this world, there is such a thing as too much of a good thing in this case too. If you use a very dark film, you’ll just end up impairing your vision rather than improving it. Extremely dark tints will decrease your ability to see outside and can put you in extremely dangerous situations.

This is one thing you don’t want to DIY. Low-quality kits will only leave you with films that will crack, bubble and peel. To avoid constantly replacing the film, go to an experienced professional who uses first-rate films.

One thought on “The Pros and Cons of Tinting Car Windows”