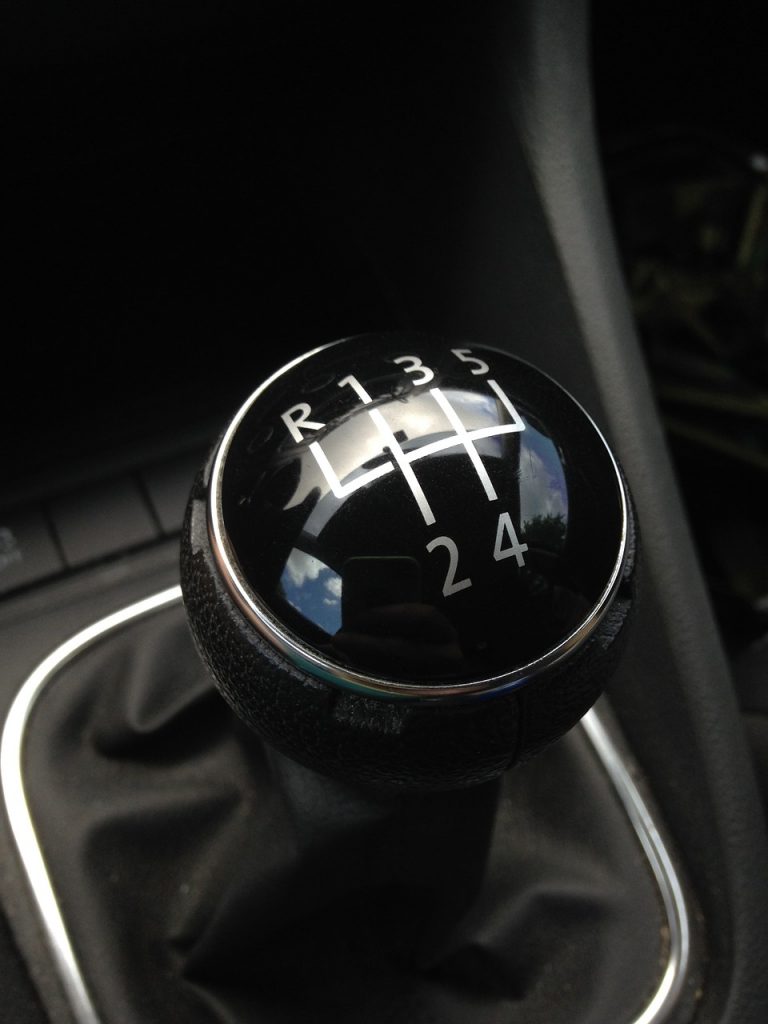 This post is a continuation of Part 1 on How Does a Manual Transmission Work. Lately, we have gone through what it is used for and how it operates. This Part 2 will now present you with an example to better understand how the manual gearbox works and how to tackle this type of gearbox’s maintenance and wear. Finally, this publication will end up with the technological developments of this vital component of your vehicle.

Example to better understand how a manual gearbox works

In a standard vehicle, a first gear allows the car to move forward up to about 50 km/h before reaching maximum engine speed:

– If this first gear were to be shorter, starting would be even more comfortable, but the maximum speed would then be set at 30 or 35 km/h (or 5 to 10 km/h at 2,000 rpm), and shifting to the second gear would have been premature and uncomfortable.

– Similarly, the fifth and final gear is used to reach the vehicle’s maximum speed. If it were shorter, it would allow the car to climb more quickly but limit the top speed.

Good to know: not that it is an issue in our country, but if the vehicle is at 200 km/h at 6,500 rpm, it will be at about 3,000 rpm at 130 km/h. Making the ratio shorter would increase the revolutions per minute and, therefore, directly increase fuel consumption at that speed.

However, it is not so simple to make the gear ratio longer, for example, 1,500 revolutions per minute at 130 km/h. As we have seen, lengthening a gear ratio requires more power. Although in this modification, the vehicle would be more economical, it would be less pleasant to drive because it would be less reactive and would require downshifting on every slope or false flat:

– This is why the engineers decided to create more gear ratios. In a six-speed gearbox, the fifth gear is a little shorter for better performance, and the sixth gear becomes the most economical.

– If, on the other hand, the last gear is too high (too long), it no longer allows the maximum speed to be reached but was then designed solely for fuel economy.

– The maximum speed of the vehicle is then reached in the next-to-last gear.

Good to know: increasing the number of gears for greater economy and performance is not the ideal solution, however, because it increases manual operations, which are ultimately uncomfortable and difficult to perform beyond six.

An exception can, however, be noted in the case of specialized vehicles:

– Whether they are racing, crossing, or traction (trucks), the gear ratios must be adapted to the use.

– An off-road vehicle requires less speed but more power – resulting in shorter gear ratios – while a race car may have its gear ratios changed at each track configuration to perfect engine range uses. 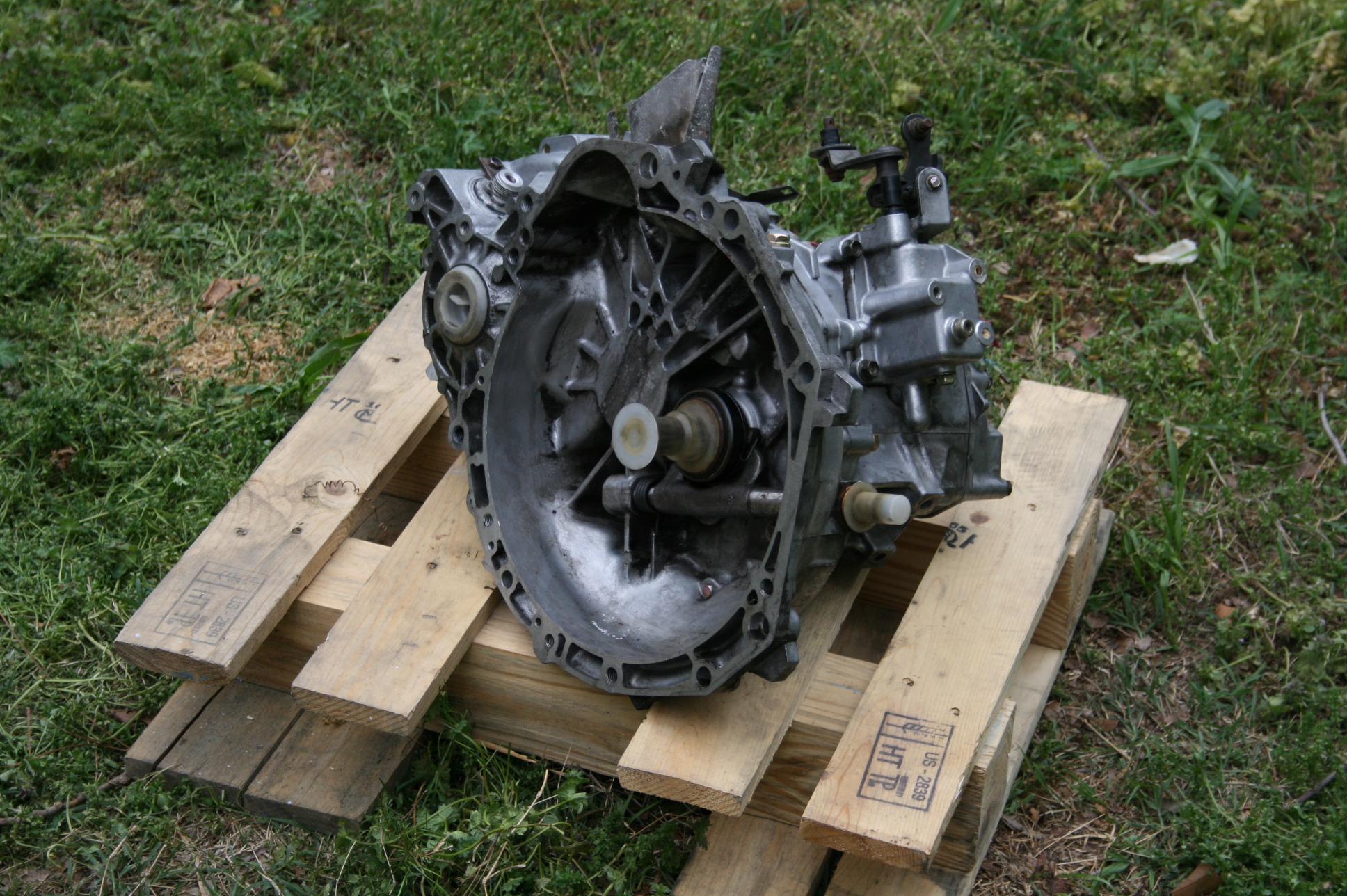 A gearbox is rarely maintained. According to the manufacturer’s recommendations, the gearbox fluid can be changed as a preventive or curative measure. Sometimes, worn gears due to poor shifting or a defective clutch can accumulate filings in the gearbox compartment.

With infrequent exceptions, the gearbox may break or jam and require a standard repair or exchange. Due to each vehicle’s unique specifications, it is rare to find a gearbox of the same size and gear ratio between two different manufacturers.

Therefore, gearboxes are defined by the model and then by the engine, and adaptations are operations requiring excellent mechanical skills because the gearbox is attached to the engine block.

Over the years, the gearboxes have evolved in terms of ease of use and number of ratios. In its intrinsic operation, an internal combustion engine is only truly efficient at constant rpm – meaning that our current use does not allow us to obtain the best results from this technology.

To overcome this, and as we saw earlier, manufacturers and equipment suppliers have designed 5 and then 6-speed gearboxes.

The number rarely goes beyond that in manual transmissions, but in automatic transmissions, it can go up to 9, 10 or more gears (and much higher for trucks) :

The objective is simple: to allow the engine a wider range of use while reducing rpm differences. It thus remains within its best performance ranges in terms of both fuel consumption and power and without losing the comfort of using the final speed.

– In the case of a truck, the aim is to provide enough gear ratios to tow the load. And as we have seen, a longer ratio requires more power. Therefore, a four-speed transmission requires a more powerful engine to drive a four-speed gearbox than a nine-speed one. There are only advantages if not the cost of the technicality of such equipment.

Alternatives to the manual gearbox are now very well developed:

– robotized transmission (identical to the manual gearbox but automated shifting);

They prove to be reliable and durable, providing more comfort and better fuel economy.

Note: electric vehicles now go further since they do not require a gearbox. They operate in a fixed-gear, which rotate at more than 12,000 revolutions per minute. And thanks to their accessible torque starting at 1 rpm, they can drive a longer ratio than an internal combustion engine. All in all, this architecture allows the most efficient engines to reach speeds of up to 240 km/h without changing gears!