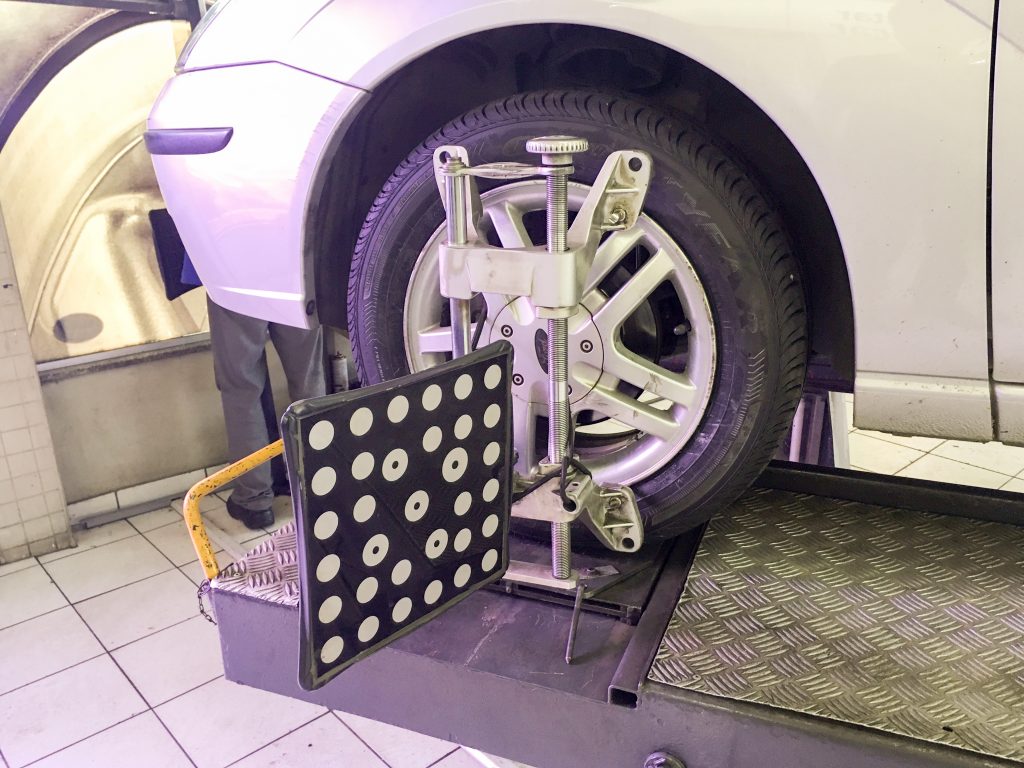 It is measured independently for the front and rear wheels. It is expressed in degrees or millimeters and generally represents a deviation of between 0,2 and 1,5 mm per wheel (obtained by subtracting the distance between the front of the two wheels from the distance between the rear of the two wheels). Even if the measurement seems small, it is an adjustment not to be neglected since it can lead to pronounced mechanical stress, driving discomfort, and asymmetrical tire wear. Explanations below.

Please note: This can be done by hand; it is checked with a string encircling the four tires to measure alignment deviations. Professionals use pre-calibrated benches or laser beam meters.

Generally speaking, neutral parallelism would see the four wheels parallel to each other. This adjustment does not cause any loss of power or premature mechanical (or pneumatic) wear:

Pinching the rear wheels gives even more stability but may promote understeer (front of the vehicle skidding), especially if coupled with a pinched front wheel alignment.

Opening the rear wheel alignment gives more agility but makes the vehicle oversteer (the rear of the vehicle is skidding).

As a reminder, traction is a vehicle whose driving wheels are at the front while they are at the rear for a car with a propulsion system:

This post will now continue in part 2. Stay posted, and remember to leave your comments below.

5 thoughts on “A Complete Guide to Wheel Alignment (Part 1)”