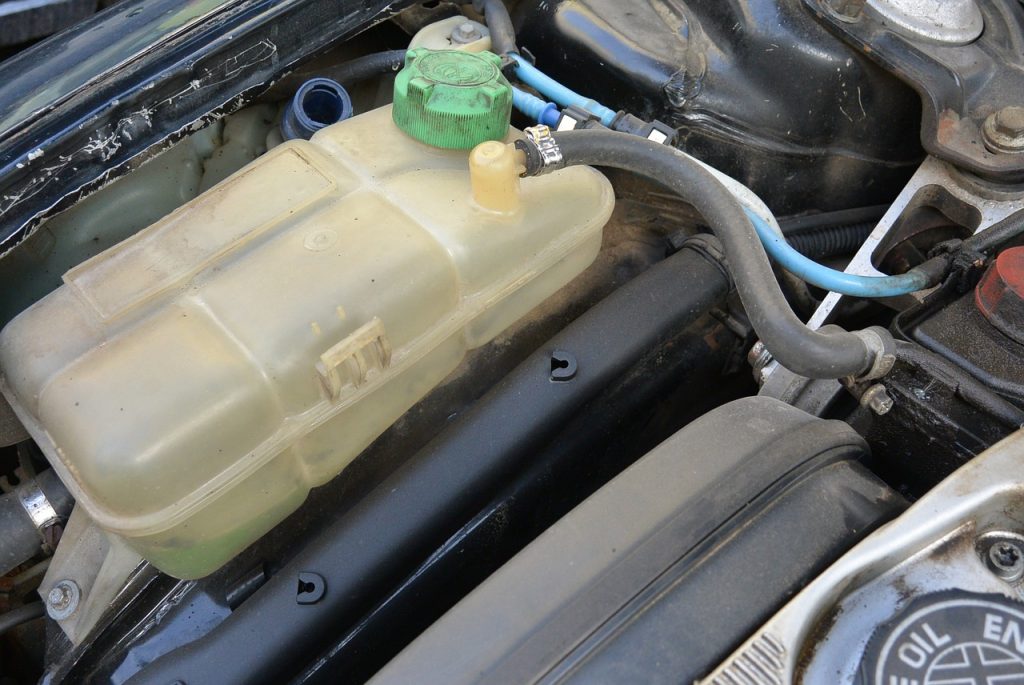 Summary
– What is a cooling circuit?
– Cooling system maintenance

The cooling circuit is a major player in the operation of the combustion engine.
What is its usefulness and how to maintain it?

If it is called a circuit, it is because a fluid circulates inside. This fluid is the coolant. The circuit is composed of :
– Hoses: these are the pipes that allow the coolant to circulate.
– The coolant radiator: this is the element that enables the liquid to cool.
– The water pump: the gas pedal accelerates the flow of fluid (like the “circulator” pump in a home’s central heating system).
– Thermostat: This is the element that regulates the temperature of the coolant and a heating radiator: it heats the passenger compartment.
– A cap and expansion tank: this is the jar through which the coolant is introduced. The cap regulates the pressure in the circuit.
– Motor fans: when the temperature is too high (idling – engine under load at low speeds), the motor fan(s) start(s) at low or high speed to artificially blow air into the radiator.
– Coolant: This is a glycol-based coolant. Compared to water, the liquid:

◦ has no oxidation in the circuit (no rust);
◦ is greasy, so it lubricates the elements of the circuit;
◦ is denser, with a higher boiling point.

Good to know: when the boiling point is reached, the fluid is transformed into a gas that prevents circulation and makes the circuit inoperative, hence the importance of delaying this boiling point. 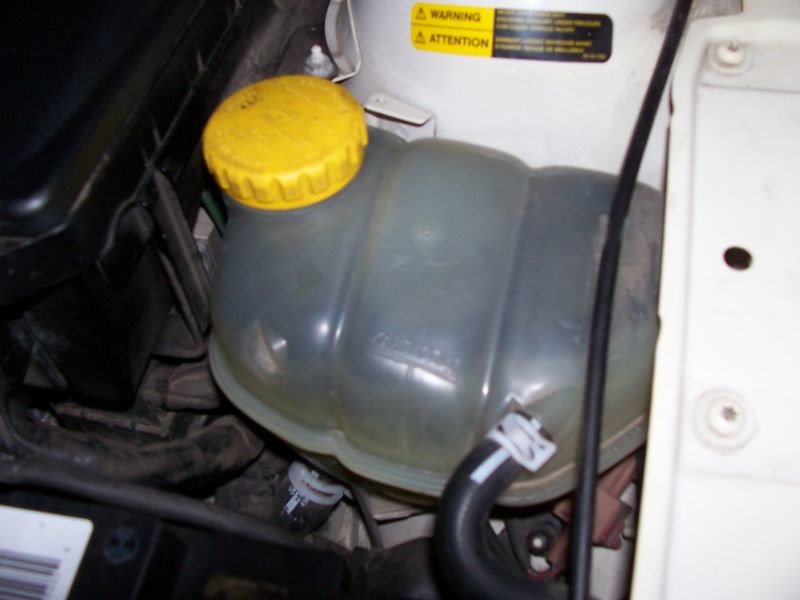 Cooling function: the combustion temperature being high (800°C), it is vital to cool the walls near the chamber.

This is the cooling circuit’s role located in the cylinder head, close to the hot spots:
– The liquid in contact will heat up and absorb the calories and evacuate them through the cooling radiator into the ambient air.

Temperature control/engine warming function: this is the role of the thermostat:
– It is a cold closed valve that diverts the liquid through a shorter auxiliary circuit.
– As the engine warms up, it will gradually open the passage to the radiator and regulate the temperature to an average value of 90°C.

The pressure must be increased for the pressure regulation function to delay the boiling point of the coolant.
– This is the role of the expansion tank plug, which is a double effect valve.
– It establishes a pressure of 1 bar (average value), and when the engine cools down, it equalizes the circuit pressure with atmospheric pressure.

The heating radiator, through the action of air flaps, heats the passenger compartment according to the driver’s set parameters.

Maintenance of the cooling circuit
In general, manufacturers recommend replacing the fluid every 2 years (also consider replacing the thermostat).

After opening the expansion tank cap, unclog the drains of the engine block and radiator. If there are no drains, remove the hoses at the lowest points.

Filling and Draining:
– Fill through the expansion tank by opening the air vents, if present, while ensuring that an amount equivalent to the drain is introduced.
– Run the engine at idle, monitoring the water temperature until the blower is activated.
– Turn the engine off and allow it to cool, then top up the fluid if necessary.

Note: Each vehicle has its specific procedure (for example, there may be hidden air vents); the only way to avoid making mistakes is to carry the technical journal for your vehicle.

You may also wish to read more on: How to remove air from a vehicle’s coolant system

Remember to leave your comments in the section below.