Breaking News
Why Is My Car Emitting Blue Smoke From the Exhaust
3 Types of Car Anti-Theft Device
What Is a Cylinder Head Gasket | Cars-vehicles.net
Warning Signs of Engine Slamming
Injection Pump Leakage: Something to Worry!
What Is a Flywheel | Cars-Vehicles Topics
Skip to content 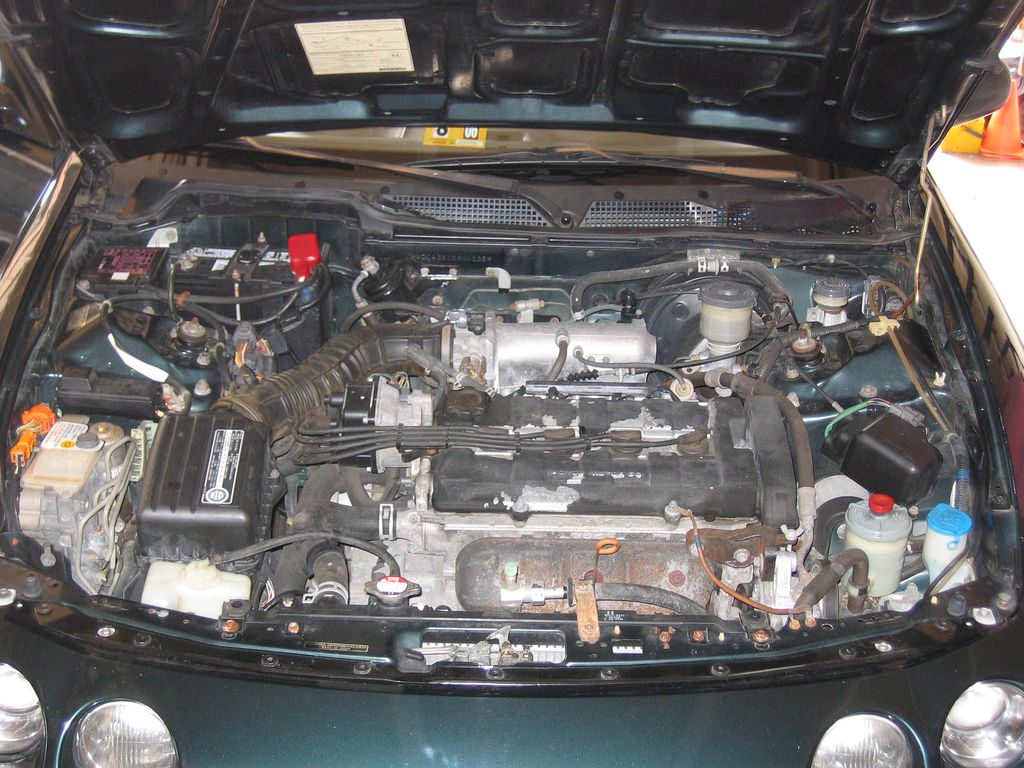 Your car is made up of thousands of different parts and materials. Under the hood and under the car, there are various iron elements from the engine, the gears, the exhaust, the tires, the suspensions, amongst others. The interior is mainly plastic and fabrics for the seats and the roof.

That being said, your car tends to vibrate as you drive. In new cars, you can hardly hear any sound as everything is tightly fitted and sits firmly. There is no unpleasant sound to the driver’s ears.

Engine noises
As the car ages, some parts start to loosen up. This is due to all the vibrations from shocks on uneven roads and surfaces. As the days go by, there are some sounds that a driver will get accustomed to as the car gets older and these sounds commonly come from the engine. The questions are, what is causing these sounds and is it okay to ignore them as the car keeps doing just fine?

1. Engine knocking sounds
You can hear a loud knocking sound which seems like something is knocking hard on it inside the engine. You can hear the sound even louder as you change gears and accelerate. Usually, when you start the engine, early ignition of the air-fuel ratio is timed to burn at just the right time to produce optimal power. The engine will knock if the air-fuel ration is wrongly timed, and in such case, a professional mechanic should tune the engine to fix the issue.

If the issue is persistent, there could be something more serious like a worn-out part inside the engine. In such a case, prepare yourself to bear the expensive repair cost as the engine would be taken apart to fix it.

But, there may be two simple solutions though!

1 – Check if your engine oil level is correct. If not, just top up and see the issue is solved.

2 – There is a knock sensor which controls just that on some cars. Sometimes that sensor can go bad and simply replacing the sensor fixes the problem.

A timing belt is a part in the engine and it rotates the camshaft and the crankshaft so that the engine’s valves open and at the correct times during each cylinder’s intake and exhaust strokes.

Now, if you know you have never changed the timing belt after traveling so much, please head toward a mechanic immediately! It is really urgent to get it replaced because if that timing belt happens to break when you are speeding, it will not only damage the engine seriously, but it will create havoc on the road as the engine will suddenly shut down and you will lose control of the vehicle.

3. Constant tapping sound
This is one of the most common engine noises and the culprit here could be the tappets. The tappets control the motion of the air intake valves and exhaust valves. Your mechanic will assess if that is the cause by removing the engine head. The tappets sit opposite springs which return the tappets back to their original position after being moved by the camshaft inside the engine. Yes, we are getting a bit technical here, but if you are used to all these technical terms, you can have an in-depth explanation by reading this interesting post on What are tappets and how do they affect performance of your vehicle.

You can hear this sound when the engine is running low on oil pressure or the springs have worn out or the cams are inadequately lubricated due to oil pressure and oil quality.

Note: This is why it is important not to miss the oil servicing of your engine and you should always feed the engine with an appropriate oil. Without doing any marketing favor here, my advise is to use the Shell Helix Ultra fully synthetic oil, but your car mechanic will know best what to advise you based on the state of your engine and the level of miles you would have already traveled with the engine.

4. Squealing sound
This shrieking sound is actually not coming from inside the engine but from the serpentine belt which is loaded in car models above 1990. The belt slides like a serpent through multiple pulleys for the power steering, air conditioning, the alternator, water pump, and radiator fan.

Reason 1: If the belt has worn out and is getting loose, it will be slipping on the pulley. The sound is usually louder as you start the engine cold, and as you accelerate the sound somehow fades away.

The solution here is to replace the belt and when you fix it, the belt should neither be too tight nor too loose. If the sound is gone, you’ll know you have done it!

Reason 2: Even if it is a brand new belt, it may still create that annoying squealing noise because some dust particles or oil may have stuck on it.

The trick here is to apply a few drops of dish liquid on the interior side of the belt. Switch your engine on, and in a matter of a few seconds, that hateful noise will stop!

It is as simple as that. You would be saving hundreds of bucks from unnecessary repairs.

Now that you know
Engine noises do come from low engine oil. Always begin by checking the oil level with the dipstick. The other most common noise is the serpentine belt.

I hope this post is of some help with your car. Your comments are the most welcomed in the comment section below.

Why Is My Car Emitting Blue Smoke From the Exhaust 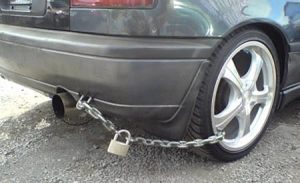 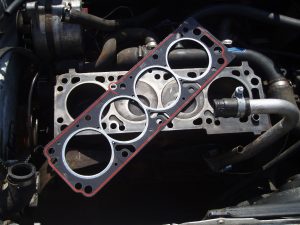 What Is a Cylinder Head Gasket | Cars-vehicles.net